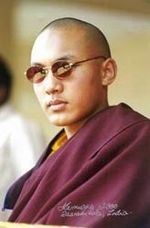 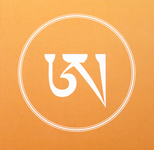 The union of wisdom and compassion: effortless non duality appears when dualistic effort subsides. Dzogchen illuminates the givenness of non-duality by supporting us in finding ease and relaxation whatever occurs.

The dzogchen view and practice is a beautiful and effective method to free ourselves and others from anxiety, alienation and confusion. Focussing on the actuality which is always present, although often unattended to due to our immersion in our thoughts and feelings, we come to settle into our ever-present open nature. With this experience we relax and can respond easily within the unfolding of life.

Simply being is the state of the primordial buddha Samantabhadra, Kuntu Zangpo, the unchanging innate purity, the heart of everything.

Simply being is the ground, path and fruition of all existence. The teaching of this is known as Dzogchen or the natural perfection of all experience.

This is not an abstract idea but is the vital presence which we embody and engage with as the world around us. Dzogchen teaching recalls us to the open nature of all things, the natural state we have never left, yet have somehow forgotten.

Meditation reveals the deconstruction of the disintegration (ignorance) which manifests as the separation of subject and object. As disintegration disintegrates, the given-ness of integration shines forth and the accumulations of tension, anxiety and assumptions which bind, knot and restrict us are released without effort.

The teachings of Dzogchen have been present in our world for many thousands of years. They have been passed on in unbroken lineages which have survived in Tibet and have now spread out into the world following the Chinese invasion.

To offer the key points of Dzogchen illustrated with many examples from everyday life......

the teachings given here are by James Low, according to the transmissions he received from his root teacher C R Lama and from other Nyingmapa lamas.

Lineage is something that is very important not only in Buddhism, but also in oriental and martial arts, and to some extent also in fields such as jazz and classical music, academic studies, the arts, in sports and in professional cooking. In crafts and in trades, in the past, Guilds were responsible for training people and ensuring that standards were maintained and successful techniques passed on, thus maintaining a lineage. People had a sense of pride in belonging to such a lineage and in supporting and maintaining it. It constitutes a form of authenticity and guarantee of what is being done. It also provides a sense of belonging and fellowship, and fosters a sense of responsibility both to the lineage as such and other members of it, and to those outside who are served by the lineage.

So, in Buddhism where there is a lineage we are said to be the recipient of its blessings, if we open ourselves to them. It is not sufficient to read a book or even to just engage in a practice. If we are to genuinely develop we also need to receive the rain of blessings of the lineage masters, in the same way that a crop needs to receive rain if it is to grow and yield fruit. This is something that can be directly experienced, and is not an article of faith or dogma. The lineage is related to because doing so works to make a significant difference, that is all. It inspires us and supports us, enabling us to develop and to grow. We also know that where there is a lineage we are not becoming involved in some distorted cult or mistaken, and perhaps even harmful ideas, or the product of some ego-trip or business deal.

In entering into a lineage it is also like becoming a member of a family where one has the benefit of illustrious forebears  great masters who were fully awakened and compassionate beings. This gives a feeling of security and confidence, as well as delight, that all is well. One has wonderful examples to inspire. Without sacrificing ones own individuality, or slavishly copying, one can become fully and authentically oneself. Just as a poet, composer, or artist begins by imitating or copying the great masters only to end up discovering their own unique voice. Having someone to model and imitate is a very important part of discovering who you really are if you are to develop spiritually.

Khandro Ling is part of the Nyingma lineage, with close connections with the Jangter and Dudjom Tesar traditions.

The Jangter or Northern Treasures lineage was established by the treasure revealer Rigdzin Godem in the 14th century. He was an incarnation of Nanam Dorje Dudjom, one of the five closest disciples of Padamsambhava. This teaching contains all the different paths from the transcendent teaching of the Great Perfection down to the mundane vehicles of gods and humans. His Holiness Dudjom Rinpoche said this terma teaching compares to a minister. A minister is someone who is able to relate to people at all levels, and like a minister this teaching provides all the higher transcendent teachings as well as all the teachings that provide for the temporal benefit and happiness of this world.

From Rigdzin Godem on, this Northern Treasures teaching spread widely all over central Tibet. The seat of this   tradition is the monastery of Thubten Dorje Drak, located not far from the Samye Monastery. There is not a single   nyingma monastery in which the Northern Treasures is not practiced. For example, within the nyingma tradition   there is nobody who doesnt practice the Prayer in Seven Chapters, and this comes from the Northern Treasures.   Also the Namgyal Tratsangthe monastic body of the Dalai Lama and the Tibetan Government practices the Northern   Treasures, specifically the practice known as Rigdzin Dungdrup. Many people are also familiar with the Prayer of Samantabhadra (Küntu Zangpo Mönlan), which comes from the one of the dzogchen tantras of this terma.

The Khordong lineage is a branch of the Jangter and was established in the 18th-19th century by Nuden Dorje Drophan Lingpa who was an incarnation of Khyechung Lotsawa, a close disciple of Padmasambhava (see below).

Nuden Dorje subsequently incarnated as Kalden Lingpa (Dorje Gyaltsen) and then as Chhimed Rigdzin Rinpoche who was born in 1922 in the Kham region of Tibet and died in 2002 in India. Rinpoche regularly visited Europe after 1987, and was considered to be a mind emanation of Padmasambhava. He made an indelible mark on all who met him.

The Vidyadhara Guru Sadhana (Big Rigdzin) contains Padmasambhavas teaching for Khyechung Lotsawa and was the first terma (treasure text) of Nuden Dorje. It was and remains the central part of the teaching of Chhimed Rigdzin Rinpoche.

Nuden Dorje practiced this for many years alone before transmitting it. A prediction said that this practice should be practiced secretly for five generations before it can be spread. Kalden Lingpa and Chhimed Rigdzin Rinpoche received the same terma independently of each other, and Rinpoche was the first to reveal it and transmit it for general practice.

At Khandro Ling we are most fortunate to be among those who have received this special and very powerful practice. James Low, a close disciple of Rinpoche has written the definitive commentary on this which is called Being Guru Rinpoche. The Small Rigdzin is a condensed version which is practiced at the centre.